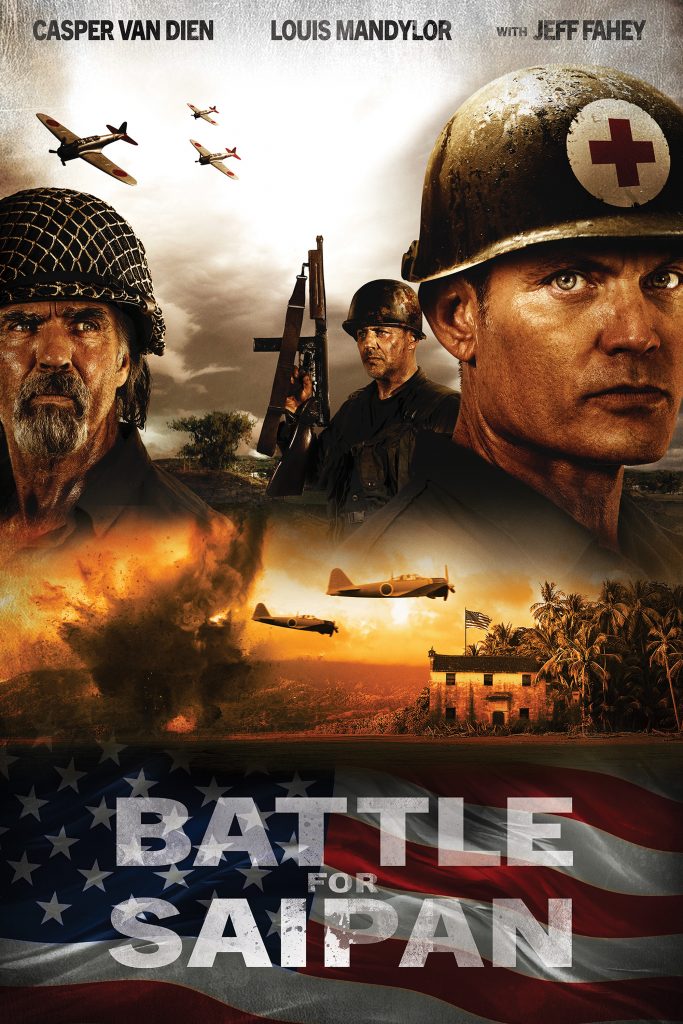 A Surgeon defends a hospital from invading enemy forces in the Battle of Saipan during World War II.